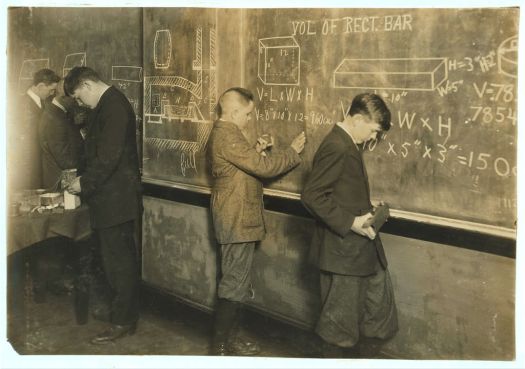 76% of college faculty are “contingent” – that is, off the tenure stream. And employed – as the word suggests – without any long-term safety.

This number – “76%” – is an important part of the way we talk about higher education these days. The AAUP uses it. It resonates in the blogosphere. The New York Times invokes it. So does Congress. And, in an age where many workers in many different industries are part-time or disposable, and where work-on-demand is increasingly low-paid, it captures a kind of grim truth about the changing nature of work generally.  There is a tragic irony in the oft-reproduced (and, very sadly, accurate) image of the adjunct faculty member who is on food stamps or homeless, but who provides quality teaching and instruction in the nation’s colleges and universities. And there is an imprecise, parallel tragedy in the lives of the working poor everywhere.

We need to know more than this. We need fewer mysteries and more details. “76%” gets us somewhere, but not everywhere. And it can take us down the rabbit hole, too.  So, as a start, that number – “76%” – needs to be better understood.  Not, I hasten to argue, because the situation is actually much better or rosier than has been reported, but, instead, because we need to understand how – and especially where – the increasingly worrisome use of temporary labor matters most – and least.

First things first: “76%” is both a data point and a political symbol, designed to highlight what was previously “invisible.”

A lot of effort went into the establishment of “76%” as a thing.  Because if 76% is a terrible number, it also true that “76%” is a very effective political weapon.

It emerges in a 2012 working paper from the Coalition on the Academic Workforce, which data mines a 2010 Department of Education report.  The percentage – of a total of “1.8 million faculty members,” employed at two- and four-year degree granting institutions – is derived from the word “contingent,” which works as a capacious category and includes, in the Coalition paper, “part-time or adjunct faculty members, full time non-tenure track faculty members, and graduate student teaching assistants.” (Note: “contingent” does not appear in the DOE report).

The Department of Education insists that graduate students are, “by definition” “part-time,” though not everyone would agree. At many institutions, for instance, graduate education is only loosely related to the staffing of undergraduate classes, and the size of each year’s admitted cohorts is more about quality and fit, while at other places the workings of the undergraduate curriculum are utterly dependent on TAs.  Where and when these graduate students enter the classroom, they do so in a learning environment, as teachers-in-training, not as producers of economic volume, putting fannies in the seats.  But at other places, grad students are admitted in large numbers, staff core courses and ensure high student credit hour counts, and have to slog through a very different day-to-day.  This, I think, is a distinction with a difference.

Any attempt to shake out more detail in the DOE report leads to confusion.

Breaking down the full-time faculty – and focusing only on 4 year publics and privates, and not including graduate students – reveals one part of the story. According to the Department of Education’s study, the total number of faculty teaching and researching at four-year public and private not-for-profit universities is 590,236. This makes up 81% of all full-time (tenured, tenure-track, or otherwise) teaching and research faculty nationally.  If you subtract all faculty in the tenure-stream – tenured and just “on the track” – you are left with 219,573, or 37.2% of those who teach full-time in four-year privates and publics.

Because the DOE doesn’t use “contingent,” their report often stresses things that are at odds with the Coalition paper.  Again, consider the DOE’s assertion that while the number of instructional staff at four-year institutions grew considerably, but the percentage of those who were full-time fell from 68% to 64%.  This isn’t broken down by institutional type – public, private, for profit – and it doesn’t break down “full-time” – tenured and non-tenure-track. A reasonable person could read this and think that the rise of the part-timers and adjuncts was a slow, glacial process, and that the bulk of the faculty were still, reassuringly, full time.

“76%” is, then, a little elusive.  Only when you pull together the total number of instructional faculty (1,107,081) and the total number of graduate students (321,703) and then isolate the number of full time teaching staff (492,839) do you get a result close to it.  But the DOE report – Table 2 in particular – doesn’t isolate any of this information for you.  You have to do the math on the side on a calculator, and hopscotch across the data to come up with a political symbol.  And full time, here, isn’t broken down into “tenured” and “tenure-track.”  And you need to use the aggregate totals – all kinds of universities, all kinds of people, all kinds of circumstances – to make it work.

If you just use “public” universities on Table 2, you get roughly the same breakdown, but you can’t make a distinction between four-year and two-year institutions.  Use “private not-for-profit,” and the numbers don’t work exactly. You get sort of close.

The closest we get to it is “76.5%,” which is cited as the percentage of “professional staff” at four-year colleges and universities “without faculty status,” but that category of “staff” includes too many types of people, including administrative support and support staff.

That works out to a non-tenure track faculty (full-time) of less than 30%.

And I can’t find the AAUP’s “1.8 million” anywhere, though I’m still looking.  (And I wrote to ask them where to find it).

Maybe all of this – the “1.8 million” and “the 76%” – obscures a few critical details that matter a lot – details that the Department of Education doesn’t really care about. Because its mission is, well, educational labor. Labor of all kinds.  Staff.  Physical plant. Cafeteria workers. Advisors. Maybe in the future it will care more specifically about part-time teaching faculty, but in 2010, its concerns were more comprehensive.

So let me make a plea for more information.

It would be helpful to know which student demographics are most impacted by the trend towards part-time faculty. Are poor, working-class, students of color in junior colleges most likely to have adjunct faculty as their primary teachers and advisors?  Are specific disciplines or fields or big divisions – Arts & Sciences? Sociology? Interdisciplines? – more likely to have disproportionately larger numbers of contingent faculty?  Do those disciplines and fields and big divisions appeal to specific demographics of students?

No one seems to care about whether this percentage of the faculty is handling the bulk of student credit hours. The assumption seems to be that adjunct faculty are handling the lion’s share, but that is just a guess. In truth, it is possible that permanent faculty have more students. Or that “the 76%” are handling lower level, university service courses. Or, more troublingly, that “the 76%” – the trope, if not the demographic laboring classification – is actually teaching more than their share of students. It matters a great deal, I think, if the aspect of the curriculum that is being de-tenure-tracked is limited to, say, General Education courses, or university service courses, or Continuing Ed classes.  We need to track student credit hours to course listings to faculty status and see where that effort takes us.

While many people do care about whether specific institutions are to blame, few are actually singling out specific universities and colleges – and almost no one is naming specific departments and programs – that rely on a majority of contingent faculty to teach classes. If there are broad-brush strokes differences between two-year and four-year colleges and universities, I’ll bet there are also outliers in every category. It would be useful to know where they are and to figure out how they fell out of step.  Or, more positively, how they pull ahead.

Finally, on a state by state basis, what is the relationship between declining public support – specifically, the cutting of as much as 40% of state support over the last decade (in Arizona, Maine, Louisiana) and the rise of part-time faculty?  Nationally and institutionally, I wonder, what is the relationship between the long-term diminishment of public support, the increasing reliance of short-term solutions, and the expansion of an administrative class of vice deans and associate provosts, an expansion that is a necessary consequence of the new reliance on donors and fundraising?

If, after all this is sorted out, it becomes clear that poor, first-generation students of color in deep red states are far more likely to have adjuncts and part-time faculty teaching in their college classrooms, wouldn’t that change the way we think about this problem? It would for me.

So, then, “the 76%” is a start. But it obscures as much as it reveals. We need better data. Maybe better political symbols, too. We certainly need people who are better than me at this sort of thing, doing this kind of thinking.

My thoughts about fiction, storytelling, and good prose.

my art, my stuff

An Academic's Musings on Life's Lessons, Big and Toddler-Sized

Blurring the Boundaries of Southern Identities

Blog about all genres of well-written food writing