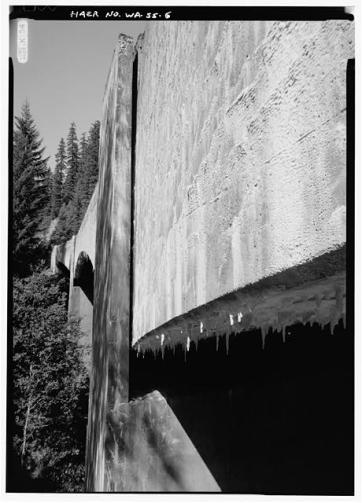 As we wrestle with this terrible moment and hurl ourselves insistently towards a better future, I’ve labored to explain to my children how this moment feels familiar and different. The drumbeat of extrajudicial murder goes back centuries; the teetering of the now nakedly and unapologetically authoritarian American racial state feels fresh and different. The howls of the marginalized public, of young people, are an echo, a reminder of things we’ve seen and heard before. But, as so many have noted, there are key differences that suggest things might work out differently this time. And yet, even the declaration that we’ve finally reached a real inflection point is another recognizable drumbeat. We’ve seen such declarations before. History rhymes, but its poetics are tragic.

I wrote this with another set of colleagues, far away and a long time ago, in what seemed like another moment just like this one, when we were confronted with things our students had never seen, and that we might not have seen in years. I recall a lot of email, and more than a few phone calls, before we settled on the text. I remember sending it off fervently, passionately. But I do not remember which words, phrases, or grammatical tics belong to me. It reminds me of all these public statements being drafted now, being planted on social media like declarations of personal conviction in the face of a horrific injustice.

These pieces of determined prose are the efflorescence of the racial state, surfacing in moments of crisis.

Hurricane Katrina, like some vengeful god, has ripped the last shred of cloth from the emperor’s flashy but flimsy wardrobe. As we mourn the mounting multitude of lost lives and the continuing, but needless suffering of countless victims, the situation cries out for perspective. Katrina has revealed a number of unpopular truths about our country– including its differential valuation of human worth, poverty, and race. Clearly, the devastation reached far and wide, irrespective of color or status, and our hearts and prayers go out to all of this terrible storm’s victims. Yet, as it was during the Great Mississippi Delta Flood of 1927, and the Great Depression of the 1930s, when Blacks were the last to receive aid or to be placed on relief rolls, so it has been with Katrina. Resource allocation to communities with large populations of African Americans has been slow and deathly negligent. Ragged, wandering souls, searching for loved ones, looked eerily like the men and women of the Civil War South, “freed” to fend for themselves as the war was ending. What we are now witnessing is a throwback to a reality we thought we had overcome.

In this context, the charge of racism– dare we utter the word– is not without merit. Not only are relief and response time associated with race, but Black Americans are also being stigmatized by the media who see Black faces seeking food as looters, but not White people in the same predicament. Katrina, then is also about socioeconomic status, about the relationship between skin color and the wealth in one’s wallet. As one report put it “[t]he white people got out. Most of them [the richer ones] anyway.” For the rest of New Orleans, for those both poor and Black, what came next was the deadly wait. They were waiting amidst wreckage and rising water; amidst filth and toxic decay. They continued to wait while FEMA, downgraded on the Home Security flow chart, and the state of Louisiana haggled over who was in charge. They waited as the level of insensitivity reached a new high with Barbara Bush, the President’s mother, declaring that because they were lower income people, they “were better off” outside of New Orleans. “This is working very well for them,” she declared. We beg to differ, Ms. Bush. This is not working well for “them” or for this country.

In Where Do We Go From Here: Chaos or Community (1967), Dr. Martin Luther King challenged America to lead all of humanity in a crusade against three “corrosive evils” that threaten to destroy the human race: racism, poverty at home and abroad, and militarism. In the almost four decades since the assassination of Dr. King his cry for justice remains essentially ignored, even while we shamelessly flaunt his memory every January with a National Holiday. The failure of our government to act decisively and lend timely and life-saving assistance to the victims of Katrina suggests incompetence and a disregard for the value of the lives of poor people and people of color. This failure becomes even more portentous when we place it in the context of our failure as a nation to struggle against rising racial and ethnic hatred, extreme economic inequality, and growing militarism at home and abroad. Indeed, during the last four decades our government has, more often than not, articulated national policies that privilege the wealthy, divide the races, and dedicate our national wealth to the construction of the most deadly military arsenal ever known.

In the wake of Katrina we must reaffirm the vision of Dr. King. We must actively organize a crusade for economic justice, peace, and a tender regard for all humanity, especially those of us who suffer still, in this rich country, from the disparities of class and race.