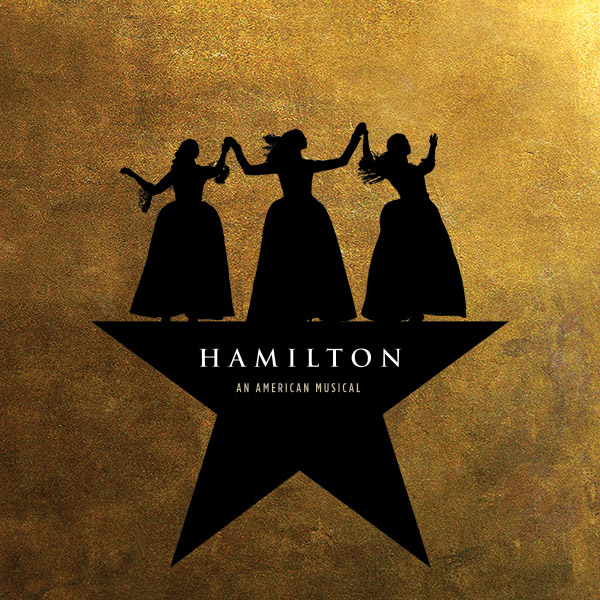 A new block of Hamilton tickets will be offered up on Monday morning.

Likely most of what you’ve heard or read has emphasized the musical’s color-conscious casting of black and brown actors and actresses to play men and women who, history tells us, were unquestionably white. And its use of hip-hop to cover a history rarely associated with the expressive cultures of people of color. I’m no early Americanist, and I’m not interested here in figuring out whether the musical is entirely accurate, but my sense is that Lin-Manuel Miranda, the creator, is historiographically fluent to an unusual extent, though he departs from the record, or flattens the details, when he needs to move along. I’ve got no complaints on that front.

If I were offering a guide to viewers, I’d want them see Hamilton as an archive of the contemporary, too, and not merely as innovative historical storytelling.

And this is what I’d tell them to watch out for:

The musical opens with a question: “How does a bastard, orphan, son of a whore, and a Scotsman, dropped in the midst of a forgotten spot in the Caribbean, by Providence, impoverished in squalor, grow up to be a hero and a scholar?”

Hamilton is, then, chiefly a biography broken into four parts by no less a personage than King George III. Most plot twists are a consequence of Hamilton’s inner complexity, his drive to succeed, to prove his manhood, to take a stand in defense of something he believes in, of his complex relationship with the Schuyler sisters, and of his ever-growing list of failures and blindspots. “A polymath,” as he describes himself, “and a pain in the ass.” True and true. But, watching it on stage, I’d encourage anyone to think about what it means to re-center the story of the revolution around such an astonishingly complicated, flawed man. A man never sanctified. A “forgotten founding father,” as the musical describes him, who was also a bit of a scoundrel. It is very rare to see a cradle-to-the-grave biography staged on Broadway.

It is also biography of Aaron Burr, who emerges as another version of Hamilton, but stripped clean of principles and a willingness to fight for anything. Listen and watch for “Dear Theodosia,” in which Hamilton and Burr, anxious and adoring parents, sing in parallel fashion, to their newborns, who “will come of age with their new nation,” and declare their intent to “lay a strong enough foundation” so that they could ”blow us all away.” And then dwell on their dissonant approaches to that important work. Why are we meant, in the end, to sympathize with Burr, too?

In some ways, this is a very iconoclastic commentary on contemporary politics. Hamilton would rather be “divisive than indecisive,” rather throw a bomb than sit on his hands. As President Obama said the other night, when the DNC had a fundraiser across the street, Hamilton “reminds us of the vital, crazy, kinetic energy that is at the heart of America.” “People who have a vision and set of ideals can transform the world,” Obama closed. So our protagonist is constantly picking fights, throwing down gauntlets, issuing moral and intellect challenges, and burning things to the ground. Indeed, his only political compromise – the bargain struck with Jefferson and Madison that made the National Bank possible, but that also moved the nation’s capital to the South – takes place offstage and out of sight. Does this make Hamilton an icon for our present age of flamethrowers, partisans, and ideologues? Or does the musical celebrate his inimitable combination of intellect and machismo?   “You must be out of your goddamned mind,” Hamilton screams at Jefferson during the second cabinet debate. “Sit down John,” he writes, later, to President Adams, “you fat Mother$%^&er!” This is not the bridge-builder we claim to want.

Hamilton wants you to see him as a progressive outlier – a man opposed to slavery, for instance – but its real contribution is to position Alexander as the first in a long line of immigrant stories. When we meet our hero, he is literally fresh off the boat, “young scrappy and hungry,” he reminds us, “just like my country.” Thoughout, Hamilton – and others – extol the practicality and success of new arrivals, with their strange accents and their hustling ways, in an emergent “nation of immigrants.” “I wrote my way out,” Hamilton sings at once point, remember how he escaped the West Indies, how he climbed the social ladder. This narrative of bootstrapping is at the heart of the musical, but there is no corresponding attention paid to structure, to the uneven ground of the new world, to the challenges faced by the poor. Hamilton stands in for immigrants, generally – or Hamilton and Lafayette do – and he makes it all the way to the President’s cabinet. Is that because of his genius? What is the lesson there? What is the appeal of an immigrant story in which the material conditions of immigration don’t really matter?

Hamilton is a musical for New Yorkers in this New York. A global, multiracial, polyglot story of ambitious strivers, their lives shaped by the consolidation of wealth and social position, by dramatic cleavages between rich and poor. You know something is going on when, in perhaps the most socio-economically stratified city in the country, the demand for Hamilton tickets has made them unaffordable, except for the very well off, and when creators of the show have to enlist the aid of foundations to make it possible for regular kids to see a Broadway musical. Good for them! Good, that is, that they see the exclusivity of the musical’s audience as a problem. So why does a musical about a poor, hungry, ambitious immigrant, arriving in the Big Apple in the midst of radical social change, resonate with Manhattan’s glitterati? Maybe – maybe – it has something to do with the way that Hamilton is, among many other things, repeatedly portrayed as an avatar of wealth, an agent of the banks, and a representation of Manhattan. Or maybe it is just an awesome and original performance. I get paid to think about stuff, so I’m leaning towards the former hypothesis.

Hamilton is, of course, an argument about the power of hip hop – and contemporary American music more generally – to reframe old stories for a new present. Though many other popular genres are present in Hamilton, you can’t ignore the gesture to so many hip-hop and rap songs of the past forty or some years coupled with the extraordinary casting of talented actors and actresses, all versed in a wide range of vocal styles. Practically, of course, the rapid-fire approach of this musical form allows for a lot of historical detail to be conveyed very quickly. But, tonally, it also conveys rebellion, vainglory, and argument.

It goes beyond this, though. The creators of Hamilton have also done some amazing things in set pieces that have never attracted notice. Watch and listen as Hamilton, hears Samuel Seabury’s letters against the Continental Congress being read aloud, and then crafts his response as a sort of transparency layered on top. This kind of word play is central to hip-hop. And it happens throughout. The musical does more than merely sample from hip hop classics – it also samples itself throughout. In one moment, Burr, Hamilton, Lafayette and others are bawdily chanting “Ladies!,” to announce their intention to “deflower” as many as possible. Listen for the moment, later, when Angelica Schuyler remixes her memory of meeting Alexander. That same bawdy chant, slowed down and muted, repeats in the background when she starts. So subtle. So very good.

You’ll be quite taken with the casting. It is provocative. And moving. And the performers are extraordinary. But is Hamilton a political revolution? Does it embody a radical progressive worldview? (This is what my students, who have not seen it, imagine). If both Dick Cheney and Barack Obama can enthuse over it, it might obviously be something else. And when Ismael Reed can blast it as “black actors [dressing] up like slave traders,” it should pause to make us think – even if we only dismiss that criticism, in the end. So what kind of work, exactly, does the race-aware staging of the show do?

Hamilton is also a passionate defense of the arts of humanities. Visually stunning, musically ingenious, this is the sort of lyrical and inventive storytelling that does more than merely entertain and inform. It awakens. Wait for Eliza to tell you how she fell in love, and watch for Angelica Schuyler to rewrite her sister’s narrative, to spin the story and the stage backwards, to retell it. Wait for the moment when George Washington leaves the Presidency, for the duet he and Hamilton sing, its words taken from the first president’s famous Farewell Address, an eloquent reveal of friendship punctuated by George III’s final appearance. Wait for the moment when one woman’s archive is destroyed, when we are left with so very little, when we are suddenly bereft of the history we desperately want. Think about the way the musical gives you signposts about how to interpret and analyze the past. This is, I think, how we should talk, teach, and write about life, about New York, about the founding. So how, I wonder, do we make that happen at places as different as Brown and Queensborough Community College.

It is also an illumination of how we remember, about who does the storytelling, and about how grace, luck, and fortune determine whether anyone remembers you at all. “You have no control,” Washington tells Hamilton, “Who lives, who dies, who tells your story.” We’re carried along by Hamilton’s sense of legacy – and Burr’s too. And we’re repeatedly reminded of the musical’s intense focus on how capriciously we commit to our national histories.

Finally, and perhaps most personally, this is an impossible, unbelievably painful and heartbreaking story of loss and love. Those who see it should be prepared to feel everything – to be pained by death, to mourn, to hope, to wish for reconciliation – very intensely.

View all posts by mpg734