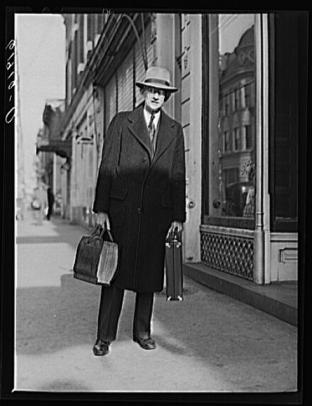 Three years ago, I found myself on the “Professor Watchlist,” a list of “un-American” faculty, compiled by Turning Point USA, a fledgling far right Republican organization, and launched in the aftermath of the election of 2016. The list is still online, still “active.”

Next week, Charlie Kirk, the founder of Turning Point USA, will come to town. To our campus, in fact.

This is the piece that got me on the Watchlist. Even now, it feels rather tame, more a request for mindfulness than anything else. I suppose, though, that it matches up with what Kirk thinks of college campuses. Some might look out and see a pretty set of buildings, a well manicured quad, a few students huddled together talking about what just happened in class, but he sees a battlefield where conservatives live in a bunker, policed by hordes of liberal students intellectually programmed by their faculty minders. He invokes war and violence, because he finds himself unable to speak on college campuses without confrontation. What he wants, though, is to be able to say anything, no matter who is in the audience and no matter how laughably retrograde his ideas might be. Or, maybe, that isn’t what he wants at all. Maybe he wants to be shut down and shouted down, because that gets him on the news, hustling the book he published in 2018 on campus radicalism and the end of free speech – or maybe, instead, hustling his forthcoming book on the “MAGA Doctrine.”

What Charlie Kirk – the Mr. Dark of this Ray Bradbury story – sells is fear. Fear of openness, fear of change, fear of racial decline. The Professor Watchlist was a part of this effort. It was meant to intimidate and terrify, to spotlight those professors deemed dangerous to the state. And, for just about a minute it did, provoking howls of outrage from editorial boards. Until, that is, other, easier victims of state violence were found, banned from entry at the border, provisioned into steel cages, abandoned faraway to live in the wake of natural disasters, or intimated by torchlight into silence. In hindsight and by comparison, the Watchlist now seems juvenile in conception and cartoonish in operation. Once, I might have feared it. Now, I don’t. There are bigger monsters out there, hunting others who are significantly more exposed. I fear for them instead, these victims of the MAGA doctrine Kirk is gearing up to advertise.

His recent campus visits have not always gone well. Those who might wish to protest his visit will be stuck between a rock and a hard place – they can either shut him down and propel him onto Fox News (and perhaps suffer local consequences here), or allow him to display his soiled merchandise – a tableful of lies and shock doctrines – on our campus. I have no doubt that the day of Kirk’s visit will be emotionally chaotic for these protestors and their friends and supporters, as they prepare themselves for a dramatic evening.

How did it come to this? We might wish for more conversation before someone like Kirk could be invited. That urge to discuss, it seems to me, is what community is all about: talking through, thinking through, and even muddling through difficult issues together, honestly and openly and even disagreeably, and then sharing the clean up and the apologetics and the material repairs that inevitably follow. I’d like those students who organized this visit to think about what community means, to think about what it means to work towards that. I’d want them to contrast the work that the faculty do here to ensure such a community in and around our classrooms with the conflict that Kirk hopes to provoke – that he must provoke, if he is to sell anything. Indeed, Kirk wants the campus to be a free speech marketplace because he works in retail, but if he has to burn it to the ground – well, he can market that, too. If my own preference is always to be nice, I also celebrate a vision of community that allows for discord, for a cacophony of voices and positions, as long as there is repair to follow. Free speech, I submit, doesn’t require a passive audience. Dialogue within our community shouldn’t require hired guns, either.

We are where we are, though. So, clearly, we have some work to do.

This matters to me. This simple campus visit, one among many thousands that happen here every year.

It was a long day. I came home around dinner to tell my children that I was on a watchlist. I told them that a relatively new group had labeled me dangerous, and that they’d put me on this list hoping, perhaps, that the incoming Trump administration might do something about it. I had to explain why I was on the list, describing the concept of “safe spaces.” They were terrified and wondered if we would need to leave the country. I told my wife the same thing and told her not to worry, but she took no comfort from my reassurance. I did what I needed to do to keep them all safe, because everyone, at the time, took the Professor Watchlist seriously – because the air crackled with dangerous uncertainty.

Even now, three years later, I find myself draining all of the emotion out of that day, because it still seemed so shocking and so wrong. Nevertheless, next week I will once again tell my children – now teenagers – that the man who wrote “that list” is coming to campus. I will tell them that members of our community have brought him to Providence, and that I can’t understand why they might have done so. They will ask me if this is personal, and I will not know what to tell them.

Then, of course, I will smile and we will laugh together. I will tell them the story of Mr. Dark, and underscore that love and laughter and community were what brought him down. And then I will head out to campus, to bear witness to the carnival of foolishness brought to Brown.